The Cabinet of Dr Caligari (1919/20) is one the prime examples of German silent film Expressionism. Expressionism is a style which also strongly influenced fields other than visual art and film, such as literature and architecture. In Germany, in particular, Expressionism was a form of protest based on the experiences of Imperial Germany and the First World War, aimed at the prevailing power structures and bourgeoisie. As a result, many paintings and films focussed on topics, such as war and destruction, normality and madness, urbanity, power and influence, anxiety and depression. Expressionism does not recoil from supposed ugliness and often explores the abysses of the human soul. 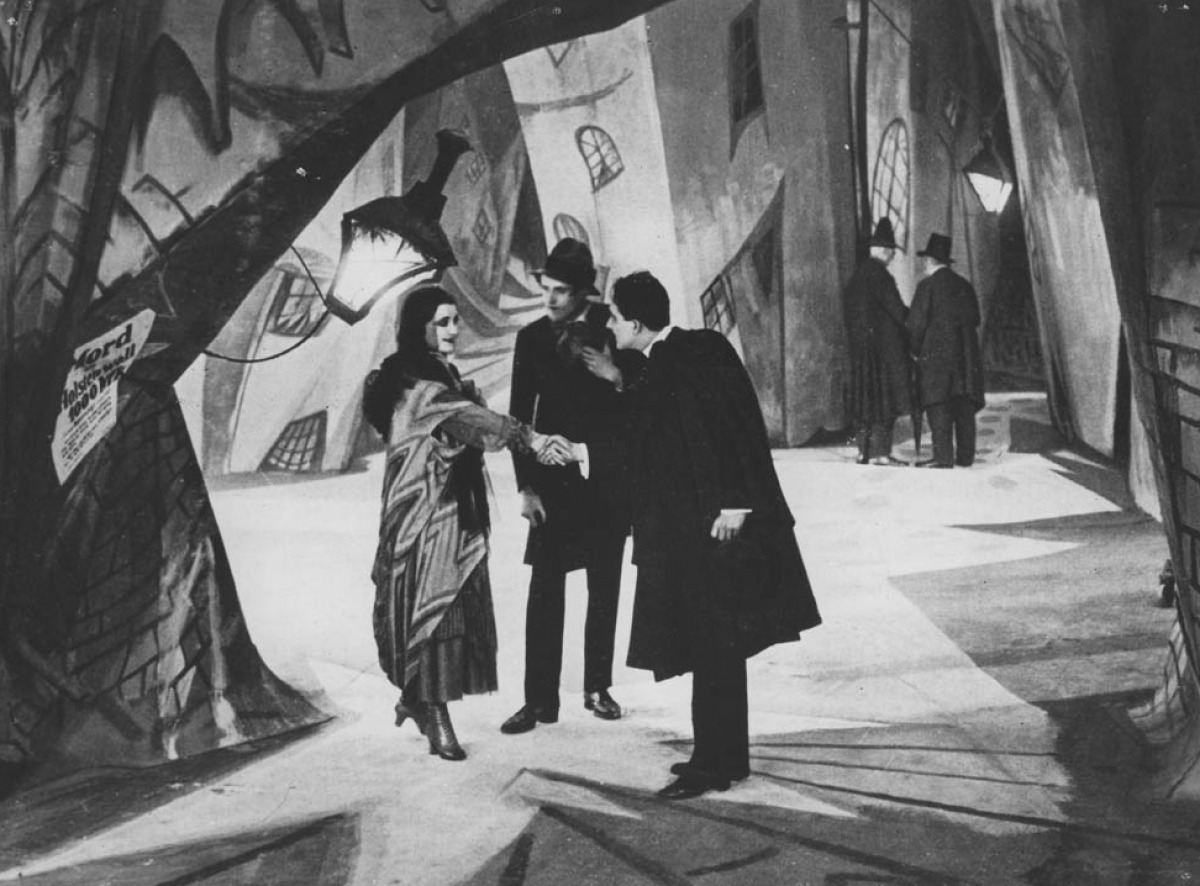 Exaggeration is also a widely used style in Expressionism and can be seen in the facial expressions and gestures of the actors, and even the scenery in The Cabinet of Dr Caligari externalises the inner emotions of the cast. The rooms and buildings themselves defy the laws of architectural stability with their plunging lines and a general sense of motion in every element. The mise en scène, especially the decor, was highly influenced by the artistic group Der Sturm – distorted street patterns, threateningly looming shadows, which are sometimes painted directly onto the set. The cinematic art director, Hermann Warm, devised a motto for the creation of stage designs, “The filmed image must become graphical.” (Warm 1965).

The film tells the tale of the actor and hypnotist, Dr Caligari, and his medium, or somnambulist, Cesare. By day, Cesare tells fortunes at the fair, while by night, Dr Caligari uses him as an instrument to commit a series of murders. Francis, a friend of a victim and the narrator of the story, unmasks Caligari and follows him with a mob towards to an insane asylum. Here, they soon discover that the doctor is working as the asylum’s director. However, Francis is an unreliable narrator: the tale of the insane doctor is, in fact, solely based on the mad fantasies of an asylum patient. The film historian, Arnos Vogel, gave his judgement on the ambiguity of the film: “This extraordinary work – in terms of impact, one of the most important films ever made – is a metaphysical construct disguised as a melodramatic thriller. Apparently the story of a mad magician who hypnotizes a somnambulist into committing murder, it is recounted by the protagonist in a setting revealed only at the end as part of an insane asylum, in which protagonist and actors are inmates, while the mad magician is actually their benevolent psychiatrist.” (Vogel 1974, 72)

The sets used strongly resemble paintings by Lyonel Feininger and Ludwig Meidner. Before the outbreak of the First World War, Meidner primarily worked on aspects of Cubism and Orphism in his cityscapes (see Ludwig Meidner Gesellschaft 2015) and thus created paintings with overlying perspectives and geometries, as incorporated by Robert Wiene in The Cabinet of Dr Caligari: “Houses and cityscapes are no longer presented as static, ordered architecture, rather they take the form of an apocalyptic and threatening scenario.” (Ibid)1

In his 1914 guide to painting cityscapes, Meidner called readers to dispense with the techniques of the Impressionists: “We are painting the near-by, our city-world, the tumultuous streets, the elegant iron suspended bridges, the gasometers suspended in white, cloudy mountains; the roaring colours of the omnibus and express train locomotives, the undulating telephone wires […] the harlequinade of the advertising bollards, and then the night..the night-time city […]. On countless, fresco-sized canvasses our feverous hands are to scribble the magnificent and strange, the monstrous and dramatic of the avenues, stations, factories and towers.” (Meidner 1914)2 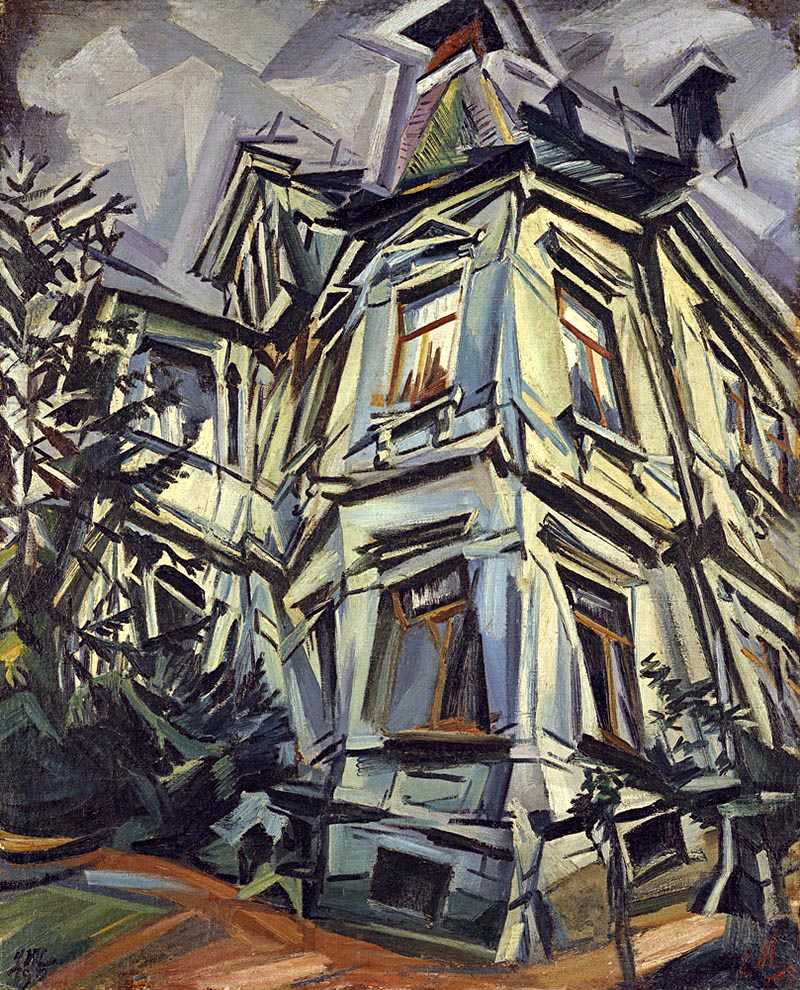 Meidner’s The Corner House (1913) depicted Villa Kochmann in Dresden. The painting with its green and blue hues radiates a dynamic energy, which has an unnerving, unsettling effect on the viewer. The house appears to be in continual motion, the geometry of the architecture is an iterative process of transformation. As a viewer, it is not difficult to imagine the painting as a stage set for Dr. Caligari, which is used as a visual representation of the broken souls of the protagonists.