Frida Kahlo is a painting icon. She is also a symbolic figure for suffering and creativity triumphing over suffering. The artist’s inner conflict is not just to be found in her pictures; it was also reflected in her relationship with her husband, Diego Rivera, who, at the time, was the more famous artist of the two.

Kahlo and Rivera’s relationship and the artist’s story of suffering were later key themes in Julie Taymor’s cinematic biography, Frida (2002). The film, based on Hayden Herrera’s biography of Kahlo, is both a love story and life portrait of an artist. He disregarded the political Kahlo yet depicts the artist as an emancipated woman breaking with the social conventions of her day. 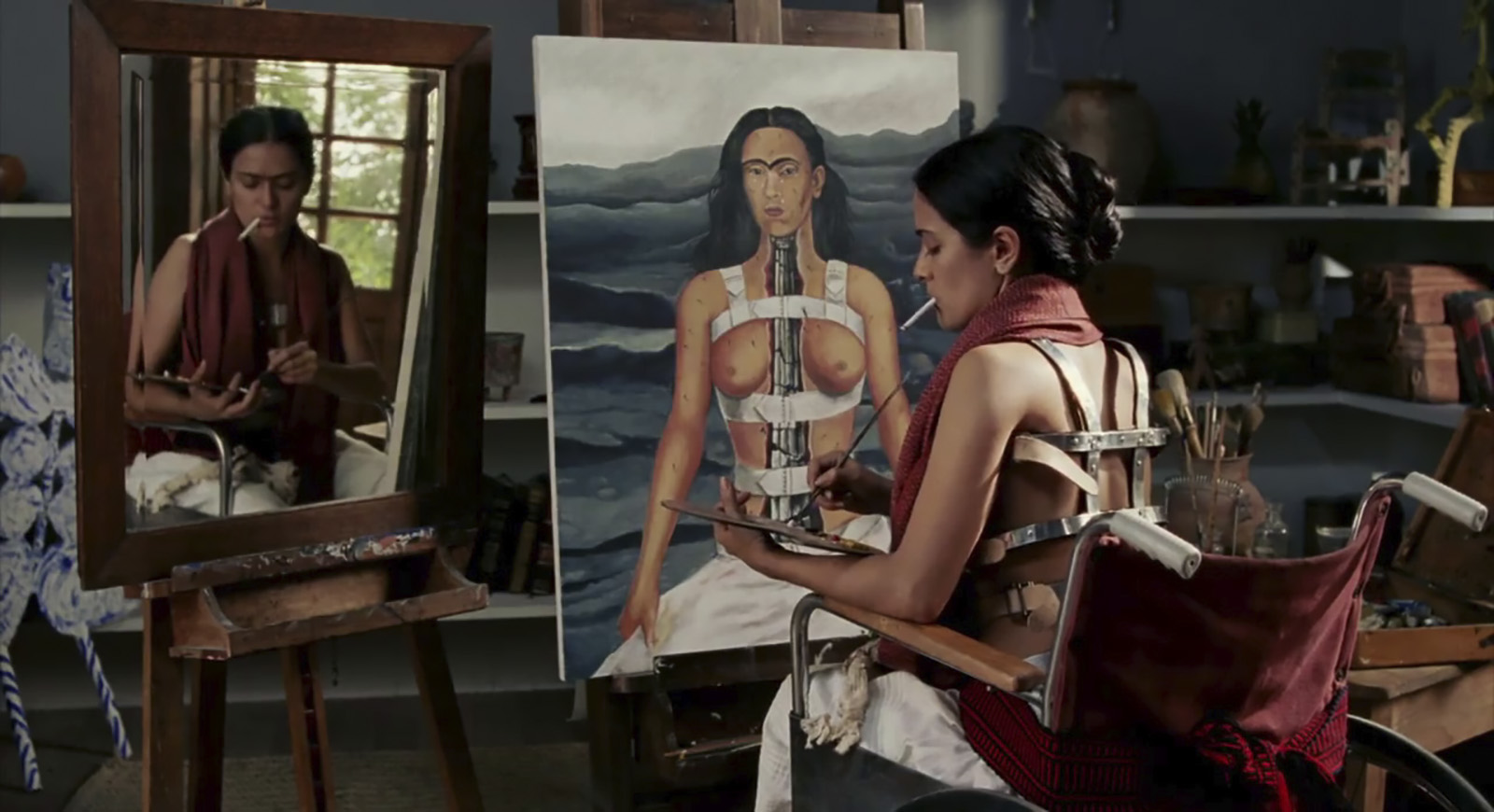 Frida is a film which brings the artist’s works within reach and also brings them to life. Some of the paintings are so animated that imagery and plot flow into one another (see Frida Kahlo under the Moving Paintings section).

As a young woman, Kahlo was struck by a bus which brought her to within an inch of her life: “An iron rod piercing through her back was the cornerstone her later self-canonisation; a mixture of Mother Theresa […] and Saint Sebastian […]. After the event, Kahlo painted more than 200 pictures, many self-portraits, in which artistic naivety is camouflaged behind naive art; a mixture of experiential Surrealism and Mexican baroque folk art.” (Richter 2003)1 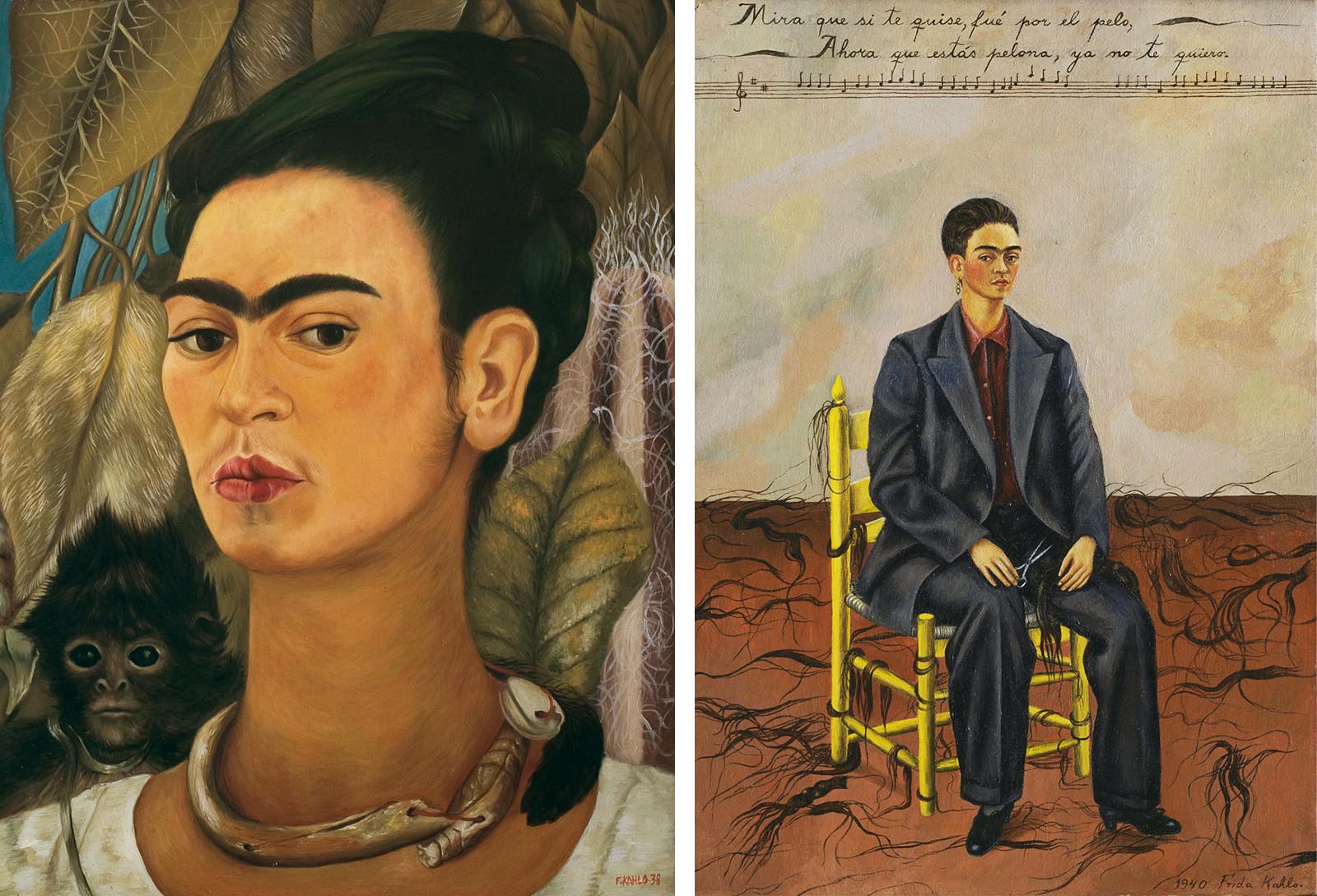 One of these works is Self-Portrait with Monkey painted in 1938, which serves as a stylistic template for the film’s hair-cutting sequence. In Mexican mythology, the monkey is the patron saint of dancing, as well as a symbol for lust, eagerness and sinfulness (see Kettenmann, 45). The ape places its arm protectively on Kahlo’s shoulder but it cannot protect her from the painful experiences of her life. One such experience is her divorce from Rivera. Just four weeks later, Frida Kahlo cuts her hair off.